After doing a clean install of Mountain Lion on my MacBook Pro (13' unibody, MacBookPro5,5) and upgrading to 10.8.3 I'm having trouble with iMessage, Facetime and Back to My Mac. I am running Little. That sounds correct. It's important to remember that the Messages app is a front-end for two different, mutually incompatible messaging systems: iMessage and SMS. IMessage works over the Internet using Apple cloud services. Only Apple makes compatible clients - for iOS, macOS and (I think) watchOS. Make Little Snitch and GlimmerBlocker work together 20 comments. Make Little Snitch and GlimmerBlocker work together Authored. Including the traffic you blocked in Little Snitch before. A big thank you to the original poster, this is exactly what I was looking for. As I am no PHP expert, I rewrote the whole thing in Perl and made it.

Enjoy a completely redesigned Network Monitor with a world map for visualizing network connections based on their geographic location, a new, improved Silent Mode, an option to minimize the connection alert to defer decisions about pending connections, improved hostname based filtering accuracy using Deep Packet Inspection, and much more.

The Research Assistant is now also accessible from Network Monitor and from Little Snitch Configuration.

Third party developers can now bundle their apps with an Internet Access Policy file containing descriptions of all network connections that are possibly triggered by their app. Little Snitch will then display that information to users, helping them in their decision how to handle a particular connection. A description of the policy file format will be provided soon.

The new Silent Mode is now tightly integrated with the Network Monitor. It can be used as an alternative to regular connection alerts, which some users may find too intrusive, especially after a fresh installation of Little Snitch with very few filter rules in place, causing connection alerts to appear quite often.

A recommended strategy for new users is to run Little Snitch in Silent Mode for a few days, allowing all connections (same as they did before, when Little Snitch wasn’t yet installed). After that time, all the connections that would have caused a connection alert are now listed in Network Monitor. They are marked with a blue Allow/Deny button. You can then quickly review all these connections, and create a set of rules that perfectly matches your needs based on the applications you use and the connections they make.

When Silent Mode is active, a user notification is shown when a connection got silently allowed or denied (only once per application). If you prefer completely silent operation, you can turn off these notifications in System Preferences > Notifications > Little Snitch Network Monitor.

Another way of dealing with unwanted interruptions caused by a connection alert is the new ability to minimize the alert window. Instead of confirming a connection alert immediately, you can minimize it into a small overlay window and postpone the decision whether to allow or deny the connection.

Once you are in the mood for dealing with these requests you can click on the overlay to reopen the connection alert.

Alternatively you can right click the minimized connection alert to reopen the alert for a particular connection attempt (in case there’s more than one) or to open the Network Monitor for handling all pending connections there instead.

The Network Monitor shows such pending connections with yellow, pulsating Allow/Deny buttons, indicating that these connections are actually stalled, waiting for you to make a decision.

The network filter now performs Deep Packet Inspection instead of the previous IP address based filtering. This results in much more precise filter matching, especially in those cases where one and the same IP address is possibly associated with multiple hostnames (e.g. google.com vs. googleanalytics.com)

The code signature of the connecting processes is now taken into account. If a rule was created for a process with a valid code signature, that rule will no longer match if the signature changes or becomes invalid. This prevents malicious software from hijacking existing rules.

Feb 12, 2016  My interpretation of 'Shepherd' (the studio version) by Amanda Cook. I was asked to play it for a service once. At the time I didn't know there was a live (more upbeat) version of the song,. Shepherd // Amanda Cook // You Make Me Brave. Amanda Cook, You Make Me Brave. Watch Amanda Cook lead “Shepherd,” recorded live during the Bethel Women’s Conference in 2013.“Shepherd” sings about the beauty and hope of our journey in His presence, to the promise of greater things. Sunday Moment: Pieces + Spontaneous – Amanda Cook. Watch Amanda Cook lead “Pieces” from her album “Brave New World” during a service at Bethel Church. “Brave New World” is Amanda’s first solo album with Bethel Music, and chronicles her journey to discover who. Sep 25, 2015  50+ videos Play all Mix - Shepherd (Official Lyric Video) - Amanda Cook Brave New World YouTube You Don't Miss A Thing (Official Lyric Video) - Amanda Cook We Will Not Be Shaken - Duration: 7:38. Amanda cook shepherd studio version mp3 download full.

Each rule now provides a “Requires valid code signature” option in the rule editor sheet in Little Snitch Configuration. This option is turned on by default.

When the code signature of a connecting process is invalid, the connection alert now offers additional options for dealing with this situation. In that case the automatic confirmation of the connection alert is suppressed. Here are a few examples of possible scenarios:

Depending on the severity of the issue, the connection alert only shows a warning but lets you create rules as usual, or it shows a detailed description of what is going on, explains what you can do about it and only lets you create a new rule – or modify existing rules, if appropriate – after an additional confirmation.

Creating and inspecting rules in Little Snitch Configuration is also improved in regard to code signature. The info sidebar shows whether a rule requires a valid code signature and a new suggestions filter lists all rules that could require a code signature from their processes but currently don’t.

The connection alert now provides an option to specify whether a rule shall be created in the current profile or if it shall be effective in all profiles.

For example, you might create a “Presentation” profile (for being used while making a Keynote presentation) that automatically turns on Silent Mode in order to prevent connection alerts from appearing during the presentation.

Improved UI for managing profiles in Little Snitch Configuration. Profiles are now created and edited in a modal editor sheet. In this sheet you can assign networks for Automatic Profile Switching, configure Silent Mode Switching, rename and activate the profile.

In Little Snitch 3, the priority of a rule was implicitly raised when the rule was moved to a profile.

In Little Snitch 4 a rule’s priority can now be defined separately for each individual rule, independent from its profile.

The priority of a rule can be changed in Little Snitch Configuration by choosing Increase/Decrease Priority from the rule’s contextual menu. Rules with increased priority are indicated with bold text.

As a general rule of thumb it’s recommended to use priority rules only sparingly, in those cases where it’s absolutely necessary in order to make a rule win against other competing rules. 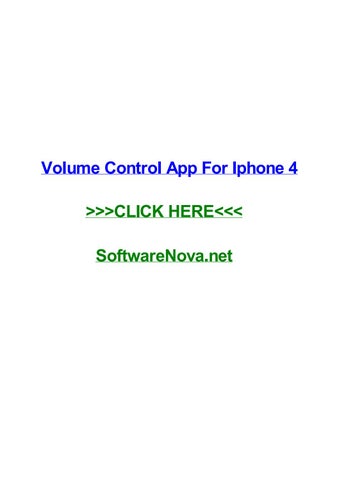 In most cases, the automatic precedence ordering of rules (where more specific rules take precedence over more general ones) is sufficient for achieving the desired rule matching behavior — for example, if you have a more general rule that allows all connections to an entire domain, and another, more specific rule, that denies connections to a particular host within that domain.

An existing ruleset from Little Snitch 3 will be automatically converted. Rules that are associated with a profile (which had an implicitly raised priority before) will get the new high priority option set automatically, but only in those cases where that’s actually necessary.

To avoid a vast numbers of connection alerts from appearing when using common macOS and iCloud services, Little Snitch now provides preconfigured rule groups for these usage areas. They can be turned on in the sidebar of Little Snitch Configuration. The rules in these groups will we be kept up to date with future updates of Little Snitch.