Bloodshed Dev-C is a full-featured Integrated Development Environment (IDE) for the C/C programming language. It uses Mingw port of GCC (GNU Compiler Collection) as its compiler. It creates native Win32 executables, either console or GUI. Dev-C can also be used in combination with Cygwin. Dev-C is Free Software (also referred as Open Source), and is written in Delphi (yes I. Header Files in C. Header files contain definitions of Functions and Variables, which is imported or used into any C program by using the pre-processor #include statement. Header file have an extension '.h' which contains C function declaration and macro definition. Traktor pro.

Jul 03, 2019  There are many header files present in C and C. Even we can create them according to our requirement. In order to access the Standard Library functions, certain header files in C/C need to be included before writing the body of the program. C/C Header File. Let’s have a look at these Header files in C and C. C compatibility headers. For some of the C standard library headers of the form xxx. H, the C standard library both includes an identically-named header and another header of the form cxxx (all meaningful cxxx headers are listed above). With the exception of complex. H header included in the C standard library places in the global namespace each name that the corresponding.

I wasn't sure that was the case. iirc, you

could compile headers in VS. I haven't tried it since i switched to CodeBlocks+GCC. But that's a valid point.

Oh crap! That's what i get for not testing enough. You're totally right, forward declaring works fine. Only problem happens if its implicitly inlined, but that's another matter. 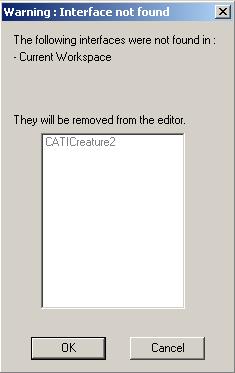 Well -- I'm not a big fan of putting implementation in the class itself (unless it's a really small get() function or some other kind of 1-liner). I guess with templates it's alright because any dependencies can be forward declared and included after the class body (at least I think so, I'd have to actually test that). There are other considerations, too, though. Like if the template class is exceedingly large and you want to ease compile time (though it would have to be pretty freaking big to make a difference)
Anyway overall I agree. I just included that bit out of completeness. I figured I should focus more on the instantiating method since everybody knows how to do the inlining method. But really -- the more I think about it, the more I think that should belong in another article (like one specifically talking about templates).

In response to that, I've decided to cut sections 7 and 9 completely, and touch up a few related things. I'll edit the posts once I get it straightened out on my local copy.

Thanks for the feedback!