I have recently started using Git Kraken by Axosoft for my personal projects and I am really amazed by how great it is. It is cross platform and is available for Linux, Mac and Windows.

A Git client for the Mac 22 comments Create New Account
The following comments are owned by whoever posted them. This site is not responsible for what they say.

We also use svn at work but for my personal projects I prefer git. I like the git integration in xcode 4 and used gitX for commits for some time.
Currently I am testing http://www.git-tower.com/ which is in beta, and it looks quite promising.

Column:Designing the TRITONThe silver body inherited from the TRINITY line was a very rare color for synthesizers at the time, creating a very impactful design.- 'What I said to the designers about the TRITON was that it should ‘have flashes of distinctiveness amidst its orthodoxy’. Diverse bella vst download full.

You Should really give Tower a try.
I always used git from the command line and started using the GUI when I heard of it.
http://www.git-tower.com/

I haven't gotten around to trying them yet, but these look promising:
http://www.git-tower.com/
http://gitboxapp.com/

GitX was ok for me, as was GitY, but I've been thrilled with the usability and features of Tower - http://www.git-tower.com/
It's currently in beta, and it will supposedly cost money, soon, but, based on how well it has performed for me so far, I'm willing to pay quite a bit.

You may also be interested in Tower. It is touted as 'the most powerful git client for Mac.' There is also a Kickstarter project for an app called Hubcap, which interfaces with GitHub.

As far as I can tell, there's been no development activity on GitX in well over a year, and no significant activity for over two. Their bug reporting site (over at Lighthouse) seems half-baked, and I have found the developers to be completely unresponsive to bug reports and feature requests. You might want to consider the new Gitbox client, which looks promising: http://www.gitboxapp.com/

There's a much nicer client with more features in beta here: http://www.git-tower.com/ (will not be free after beta but will certainly worth it)
And XCode4 has Git support, this is not a supposition. If you are a registered iOS developer you can download the preview and test it (it can and should be installed next to XCode3, so you're not forced to use it) it's way better than XCode3.

Tower looks neat, but I'm not sure how I feel about using a non-open source program to handle my git stuff, which is all open source. But, then again, I do use XCode, which isn't open source (though at least it's free).

Well, there's a lot of non-libre stuff on your mac and Tower is a meere UI above GIT, nothing in it makes it irreplaceable (but it fits nicely with OSX).
That being said, there's also Gity which is free and free

I don't really care about GPL vs. BSD if that is what you are getting at. Obviously, if I was a hard core open source advocate, I would be using Ubuntu or something instead of Mac OS X. It's just, with something that is open source, you can see nice forks like the one I liked to for GitX even when the main project is as good as dead.
That, and if I find a bug and am savvy enough, I can actually go in and fix it myself, rather than relying on the main devs to do it.
And open source or not, I don't want to pay for something like this (the command line interface to git isn't that bad).
I will check out Gitty, though.

Well, Gity seems to be a little less good than the development version of GitX that I mentioned in another comment. In particular, it doesn't show the interweaving lines that make it so easy to see merges.
Tower is nice, but has a strange interface, some bugs, and is slow.
So, I think I am going to stick with that dev version of GitX. It's perfect for someone like me who uses git mainly in the command line, but occasionally needs a nicer way to view commit histories than some ascii log view in less.

This is all I ever use (and a few others for diffing, fetching, pushing, .. am all into console git management):
git log --graph --decorate --pretty=oneline --abbrev-commit --color

Well, that's about as nice as any of these, if you don't mind ascii graphs. The problem is that if you want to view one of those commits, you have to copy the SHA1 and paste it into a new git show command. Tools like GitX make it easy to view---in a streamlined way---all the recent changes in a branch, both with the simple log view with the merge lines like your command gives, but also with their commit messages and diffs.
Although I suppose you could get something like this from the command line just by changing the options to git log. Still, it's a pretty Cocoa interface vs. ascii stuff. And GitX gives you pictures of people (if they have uploaded a Gravatar).

There is also gitnub, worth a look if you are searching for a GUI tool for GIT.
Don't forget that GIT installs some tools (fugly looking ones) when you install it, such as gitk and gitcitool.
Just run the commands at the Terminal in a repository.
GIT Tower looks good, thanks for sharing.

If you are going to use GitX, you should use this development version. You will have to manually clone the git repo and build it using XCode, but it is a big improvement over the main GitX, which, as someone else pointed out, hasn't been developed for over a year.
Also, I just want to say that you should be able to do anything in git from the command line if you really want to use it. I would recommend learning it from the command line first, and then using a GUI once you are comfortable with that.

Or you could download the latest binary (Nov 17) from the download page of the experimental branch; it was last committed to on Nov 16, but the last commit in the network was on Dec 18 (as of this writing)

But the very fact that you are using GitX implies that you know how to use git, so why not just clone the repository and get the full benefits, like being able to pull in updates with a simple git pull? Remember, this is a development branch, so it's probably a good idea to update it every once in a while.

No thanks. The whole point of using git is to keep my work safe.
It's not that I'm really worried that anything will be irretrievably lost, it's just that the more I use computers, the I seek to avoid hassle and aggravation. 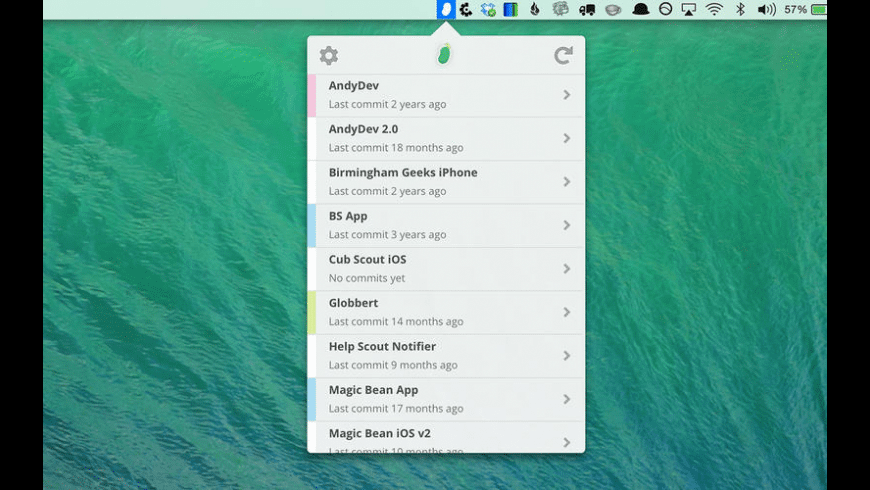 I've looked at GitX before and wasn't keen on it. I'll have to ask the devs here about the integration with Xcode 4, and how that would aid us, if at all. We currently use git and also have gitflow, which is very handy indeed, so any integration in Xcode would need to deal with git flow.
I'll grab a copy of this tower thing and have a look.

By the way, what is the iOS software you are developing?
And you can use git with XCode projects right now (you just won't be able to do it from within XCode).

I've been working with Tower for about 2 months now and im pretty happy with the elegance of the app. As a desinger the thought of the terminal freaks me out but I still need some of the more advanced stuff in git (stashing/branching, etc). Tower handles it all pretty smoothly. A must try - http://www.git-tower.com/

If your Numark product included TRAKTOR LE in the box, the authorization code will be printed on the CD Sleeve. If you've been issued a TRAKTOR LE authorization code through our Customer Support Department, you will have received an email from containing the required code. For further assistance authorizing the software included with your. Traktor numark mixtrack pro download.

OK, with the nearly universal recommendation for Tower I'm trying that out.
Thanks, it looks like a good find.